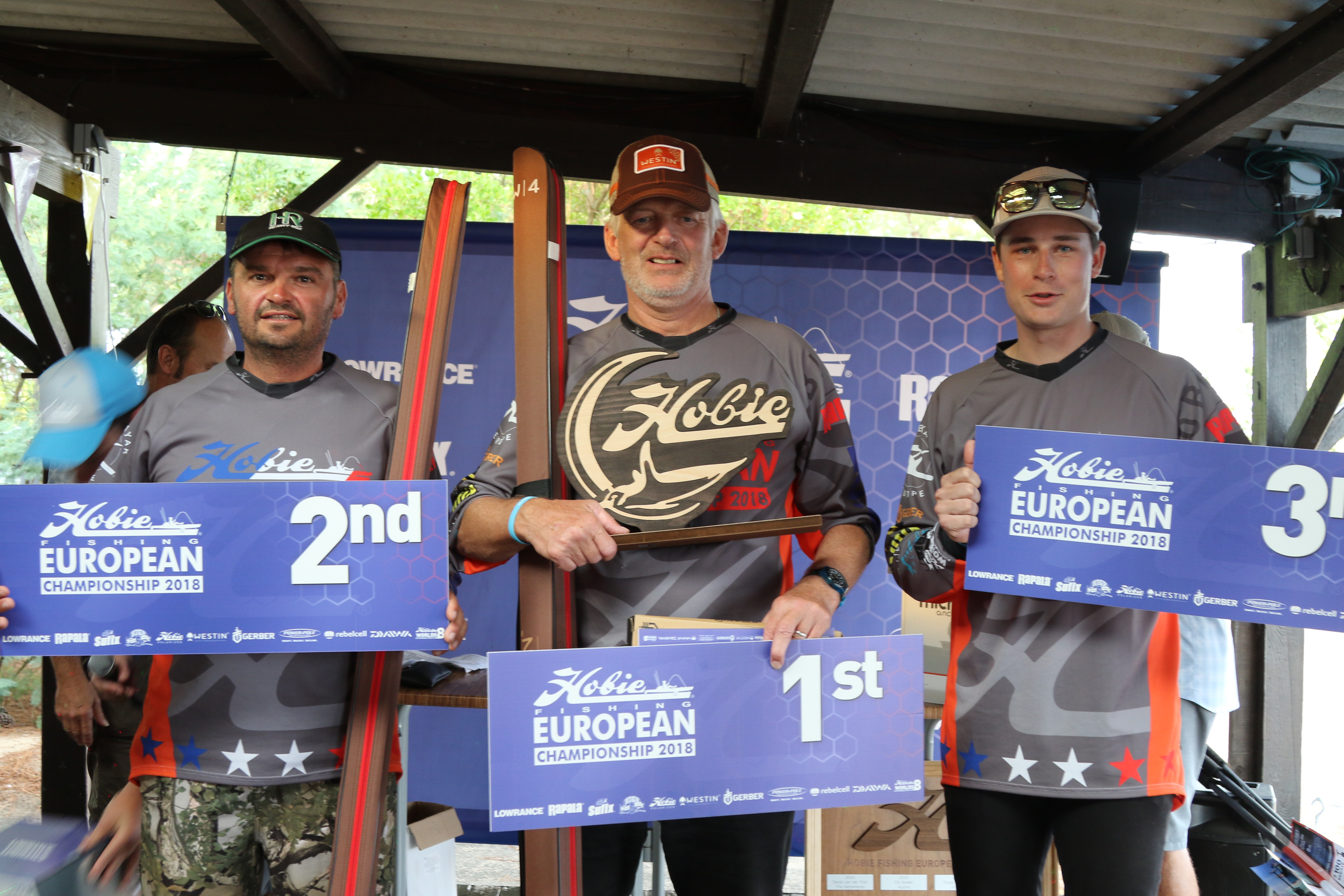 The 5th Hobie Fishing European Championship is over. After two days of competition fishing, Michael McGuire from United Kingdom had the honour to raise the trophy during the Award ceremony. He collected 259 cm of fish qualifying himself for the Hobie Fishing Worlds 8 together with an Airticket voucher. 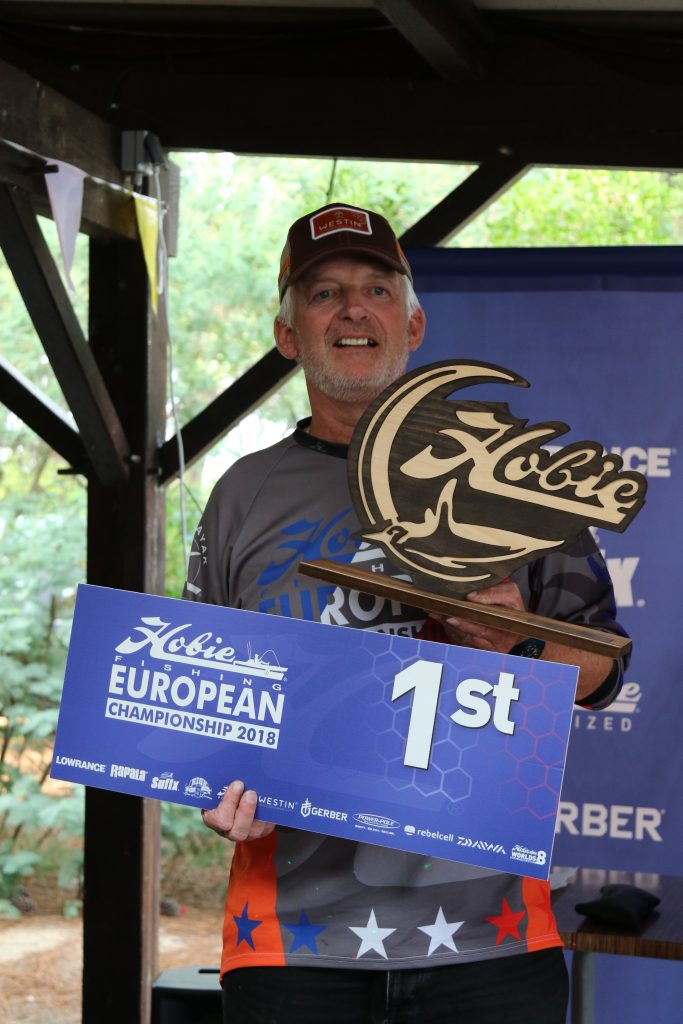 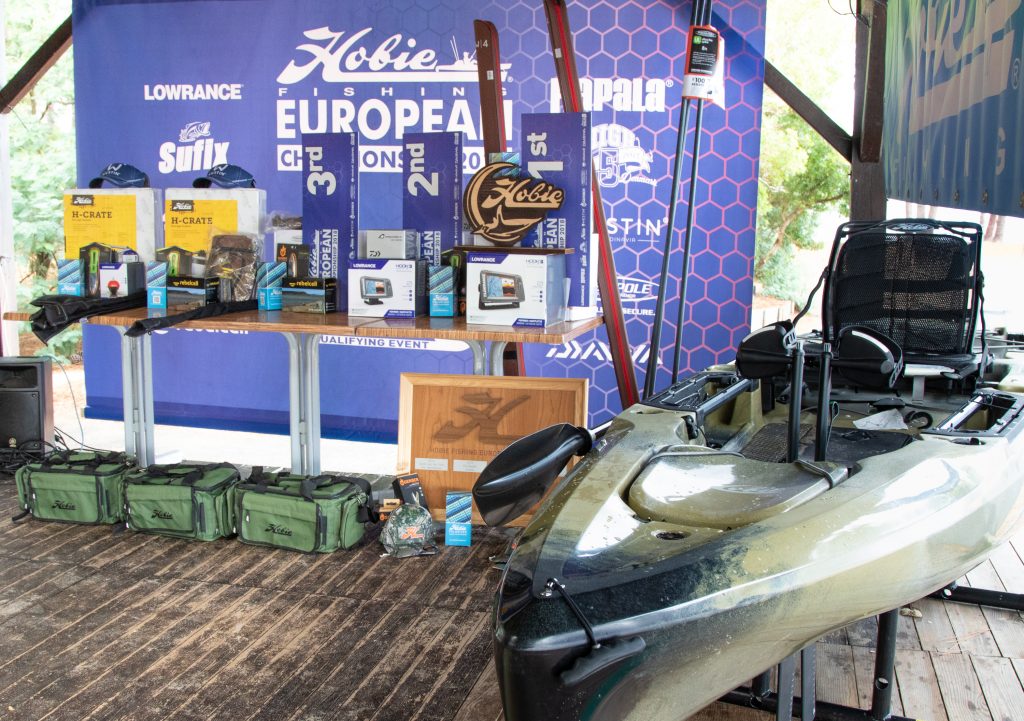 At 6:00 AM this morning, the competitors slowly started to arrive at the beach of Camping Le Tedey for Lowrance Competition Day 2. Where the anglers we’re dressed up for sun yesterday, the shorts made place for waders and rain gear as the forecast was 100% opposite of one day earlier. 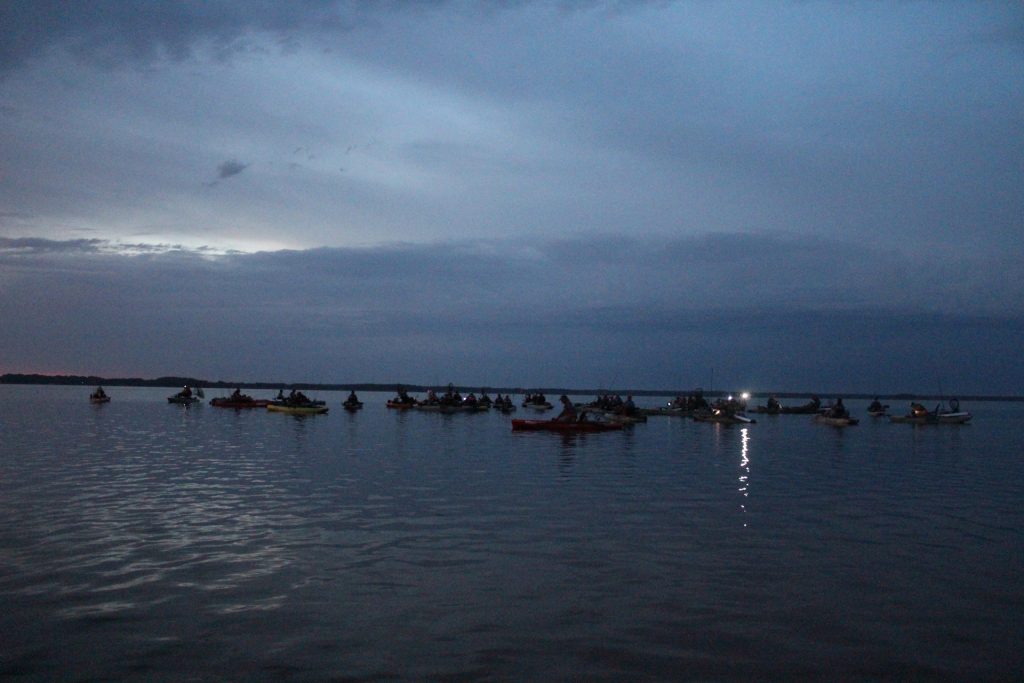 After the morning briefing everybody headed up to the Power-Pole Starting line to start the day. Session times are: 7:15 AM – 2:00 AM. The French national anthem played across Lac de Lacanau and when the alarm went off, everybody put their legs to work to get to their spots to start fishing. Like yesterday, the starting line was a producing spot right from the start. Numerous Perch were hooked and measured the first 30 minutes of the comp day. When the perch frenzy calmed down, everybody went further on the lake to fish their other places.

The predicted rain started to fall down and there were a few roars of thunder in the distance but luckily the storm missed the our tournament arena which allowed the competitors to have the full fishing day. When we met up with some anglers on the water the fishing seemed similar as the day before. It was not hard to find them, but it was difficult to get the big ones to bite. If there was a prize for smallest fish, the one below would certainly have a chance. 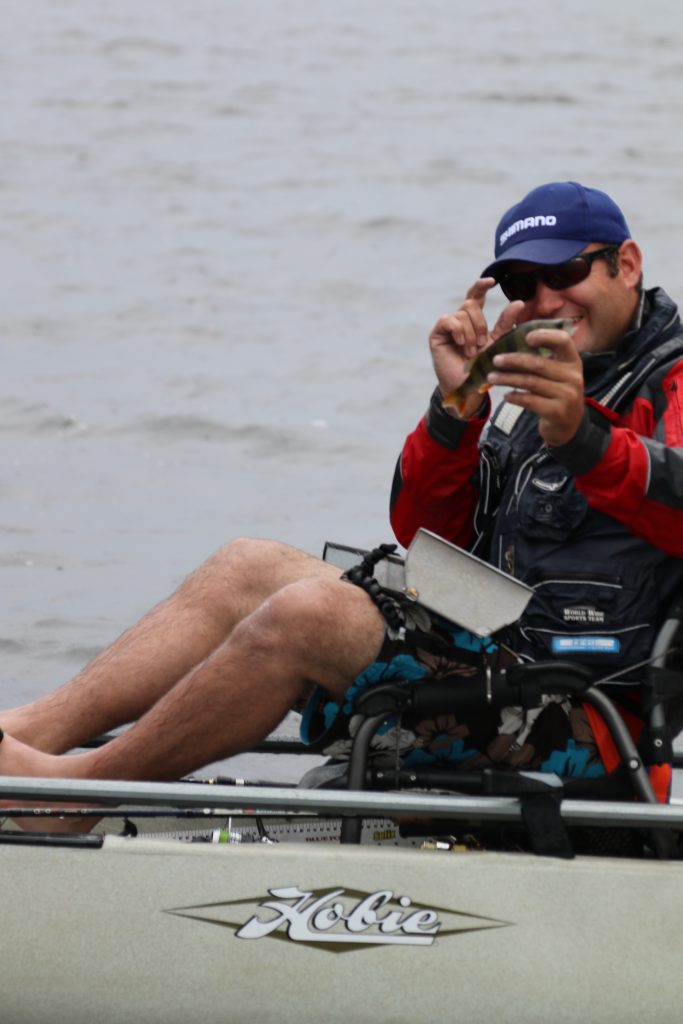 The majority of the field ended up fishing the last moments in front of the event HQ not to miss the check in time. Some still had to push out a little sprint, but everybody checked in safely on time. After which the judges went to find out who is going to be the next champion! Felix Frey, in second place after day one came in just with a minute to spare. Former European Champion, Edi Brader had a similar situation as the year he won the Championship. Whilst heading back to the HQ, he pedaled across a group of bait fish and decided to try to fill his bag. He landed a couple of Perch and Pike, but non of the minimum size. The result? A sprinting Edi to hand in his key tag in time. We met up with Jerome Richard from France. Who had a fine fishing day. “I caught a couple of fish, but I mostly enjoy being on the water and meeting up with the Hobie Fishing Family.