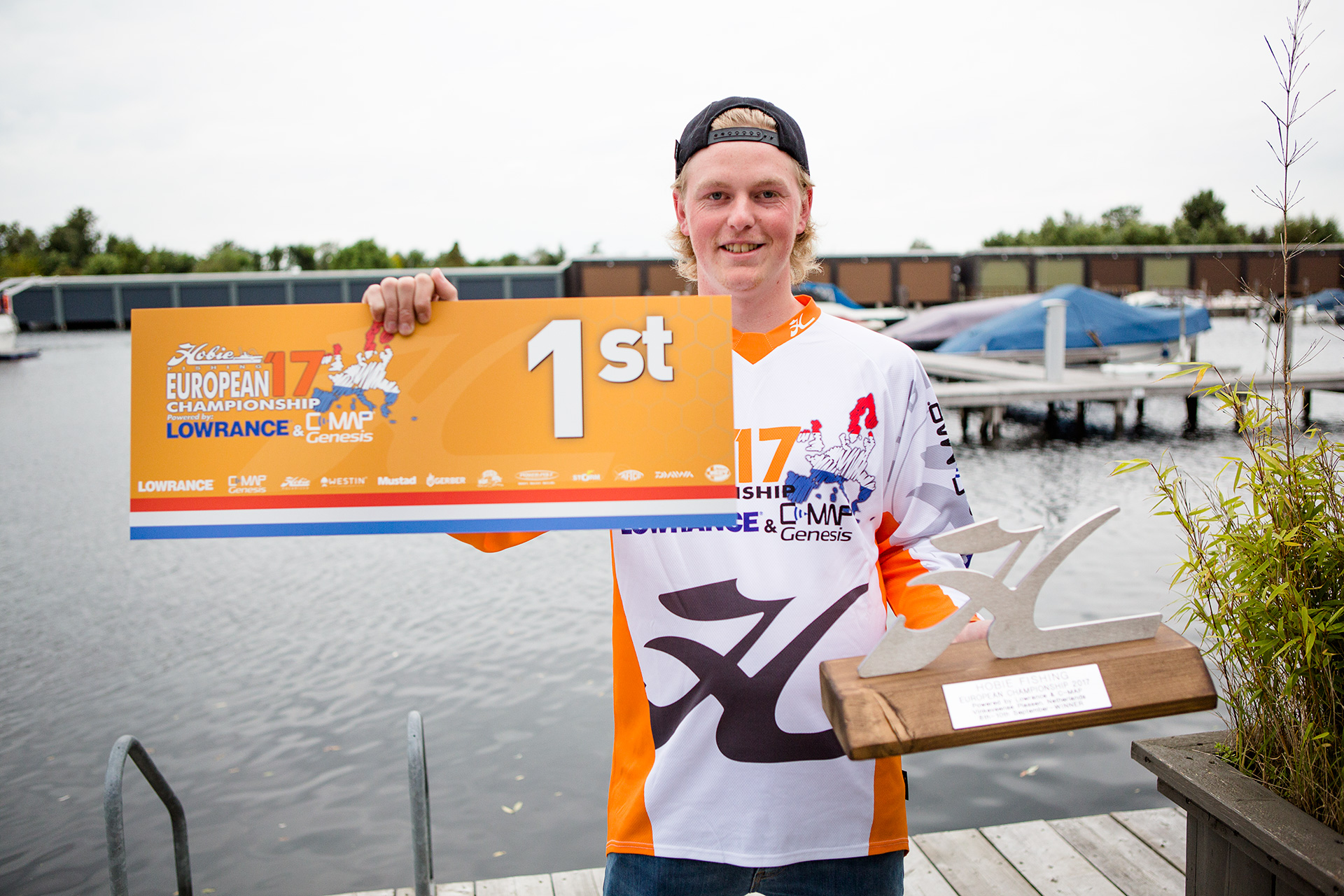 With great pleasure, we introduce the 2017 Hobie Fishing European Champion… Mr. Albin Falk from Sweden. Albin caught a total of 458centimeters of fish over two days on the Vinkeveense Plassen, which put him above the other 56 competitors winning the title of European Champion!

“Wow! This is so cool! I’m European Champion! It is so cool that I was the best of all these amazing anglers this weekend.” Albin says. “I can represent my country during the Hobie Fishing Worlds held in Sweden, my home country, together with my best friend.”

Runner up of HFE4 and the second qualifier for the Hobie Fishing Worlds 7 is Felix Frey from Sweden. An amount of 371 centimeters secured the second place for him.

“It just didn’t worked out today like it did yesterday. But I have to say that Albin worked very hard for the title and he really deserves it.” Felix tells us. “I still got the best prize on the table, I qualified for the Hobie Fishing Worlds! YES!”

Daniel van der Post launched himself in the top three with 267 centimeter on day two, totaling an amount of 345 centimeter.

The rest of the top 10 is as follows:

Mike Hendriks didn’t only end up in the top 10, he also caught the biggest fish of this weekend. Mike landed a 100 centimeter Pike on day one.

The competitors kayaked through the starting line this morning to access the tournament arena for the second and last day of the 4th Hobie Fishing European Championship powered by Lowrance & C-MAP. Instead of having to start in rain like yesterday. The anglers were given a beautiful sunrise. This together with very low wind made the conditions more pleasurable. Felix Frey, leader after day one, hopes his plan will succeed another day. “Everything worked out yesterday. I hope today will be the same”.

It wasn’t long before the first catch reports were coming in. The youngest competitor Bastien Beynet hooked into a pike right in front of our photographer. “It’s a great feeling to hook into a pike early. I proves my chosen strategy works.“

Coming into the afternoon, the wind started to gain strength which made the conditions harder and forced competitors to change their plan and find sheltered areas. A few came in early but the most were still out and trying to get those last minute centimeters. At 3:00PM all anglers returned safely and went off to put away all their gear to head over to the award giving ceremony held in De Plashoeve. 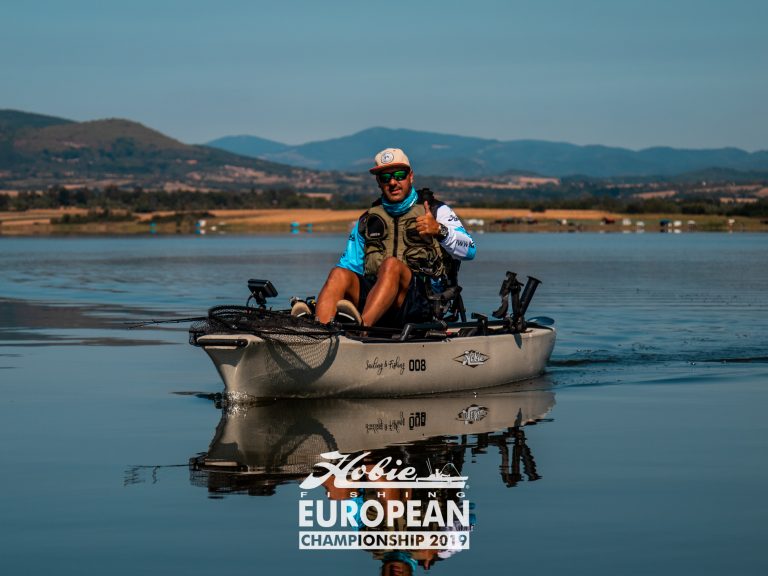